At many public agencies, there are formal rules or informal practices prohibiting them from contracting with companies they are litigating. As a result, the cloud of litigation can prohibit a client from securing future work. This includes winning work through competitive procurement, contract options and extensions and assignment of task orders to companies on a services bench. Litigation also damages and usually precludes, a client’s ability to form joint ventures or serve in a subcontracting role on a larger team. Englander Knabe & Allen (collaborating with another consultant) worked with a client to resolve a legal dispute with a major public agency, ending the litigation and enabling the client to win new work.

The client also wanted to avoid negative media coverage and reputation damage, including any description of the allegations, which they vigorously disputed. The legal issue and underlying facts were highly complex and technical and did not lend themselves to clear messaging. And, if discussed publicly—were likely to cause agency leadership to defend its position.

Prior to EKA’s involvement, both sides were entrenched and previous settlement offers were rejected. EKA’s advice and counsel enabled corporate leadership to assess their options and likely outcomes and make an informed decision to settle the litigation in a way that was acceptable to both sides. While the settlement was announced at a public meeting (as required by law), there was no media coverage and the relationship between the client and agency management was restored. The client continues to work for the agency. 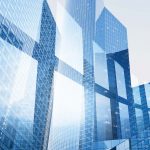