A notable hotel required substantial conversion done to an adaptive re-use office commercial building. The building was built in the 1970s, so most of the elements—including structural, Fire Life Safety, mechanical, plumbing, electrical and ADA code requirements—were out of code. The building could not be converted without simplification and modification of code because of excessive cost. In addition to the cost factor driven by onerous code requirements, the hotel needed to meet an opening date according to proforma and investors’ timelines.

EKA was retained by the major hotel developer to work with relevant city Agencies in coordination with their architect and GC team to review code requirements, explore and obtain modifications to code and ultimately open on time.

EKA arranged for a series of internal technical meetings with consultants—including architects, structural engineers, fire life safety consultants and the general contractor (which included mechanical, electrical and plumbing subcontractors)—to review building conversion plans. A strategic timeline was created as well as a list of elements of the building upgrade which did not meet current code in the disciplines above.

EKA facilitated significant cost savings ($2.5 million estimated) through the eight modifications obtained for the project and allowed for the client to meet their investors’ deadlines. 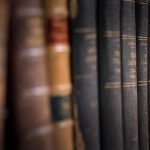