Englander Knabe & Allen strategic partner Jim Haggerty, who is the author of book Chief Crisis Officer: Structure and Leadership for Effective Communications Response and The Court of Public Opinion: Winning Strategies for Litigation Communications, has a new article in Fortune Magazine:

From United Airlines to Equifax to Target to Sony, even going back to the BP oil spill, in each case, the first days or weeks of the crisis were characterized by fumbled responses, statements that corrected prior statements, and falling back on legalisms and obfuscation. Then the company found religion, got its act together, and started repairing the considerable damage that had been done.

But often for the organization, it was too little, too late.

In Facebook’s case, CEO Mark Zuckerberg finally responded, after days of delay, to the Cambridge Analytica data crisis facing the company, appearing on media platforms to explain that mistakes were made, apologize, and vow to set things right.

Zuckerberg did a decent job defending the company in these interviews. But nearly every story was preceded by numerous questions regarding the silence of the company and its inept initial response—both to this and other recent crises—going back to questions regarding Russian actors’ use of Facebook to manipulate the 2016 U.S. presidential election. 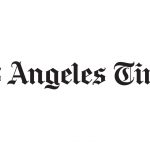 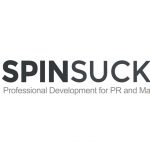 SpinSucks: In the Trenches with Crisis Comms: 10 Things to PrepareEKA News