MATRIX OIL AND THE CITY OF WHITTIER

Santa Barbara–based Matrix Oil proposed to drill fifty oil wells on a small part of the Puente Hills Landfill Habitat Preserve in the City of Whittier. The 1290-acre preserve was originally an oil field owned and operated by Chevron and Unocal. Over 500 oil wells operated for about 100 years until the land was abandoned in the early 1990s. Because of the dramatic increase in oil prices and the efficiencies that new drilling techniques employed, it was now possible to revive the oil field and about twenty million barrels of oil were expected to be produced over a twenty-five–year period. The City of Whittier negotiated a lease with Matrix that included a substantial payment of royalties—enough to cure the city’s budget problems for years to come.

EKA was retained by Matrix to educate the community about the benefits of the arrangement and to educate the public about the minimal impact of the project on both the nature preserve and surrounding neighborhoods. This was necessary to give the incumbents on the Council the political cover they needed to move forward with the deal while preparing to run for re-election.

Our communications program consisted of the following elements: 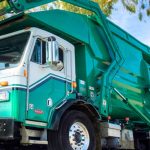