Eric lead strategic counseling and crisis communications for the airport during the September 11 terrorist attacks and helped the airport public relations support—including offline and online media monitoring as well as research and development of crisis-related media materials and messages for the airport staff and the mayor. Eric also coordinated and staffed a post-September 11 event for the airport.

The primary public relations strategy for the newly created News Bureau was to generate positive news and feature media coverage to drive awareness and rekindle America’s legacy of leadership in the airline industry in post-9/11 era. This strategy involved a multi-faceted media relations program and several special projects, including the promotion of Los Angeles World Airports 75th anniversary. The efforts marking the celebration included a 75th anniversary press kit and targeted outreach to key print, broadcast and online media. Eric has also worked with the airport to increase its standing within the industry and promoting its commitment to delivering quality service and dedication to the local market.

The efforts on behalf of LAWA included strategic planning, community and minority relations, development of collateral materials, advertising and media placement. Most notably, Eric designed and implemented an initiative to heighten awareness of the airport among Hispanic, African American and other minority businesses. 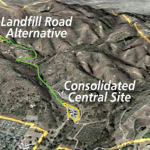 MATRIX OIL AND THE CITY OF WHITTIERClient Success, Clients 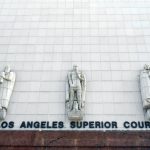