CoStar: The Saga of One Beverly Hills

“People in Beverly Hills compare the two sites since they were entitled at virtually the same exact time,” said Harvey Englander, who has been a consultant at the 9900 Wilshire site several times and does lobbying for Beverly Hilton and Waldorf-Astoria owner Oasis West. “The Wanda site has gone through ownership changes. There’s been demolition and some water pipe work done. You compare that to right across the street, which was entitled a month later and had to face a referendum, which slowed it down some more, and you have a Waldorf hotel, which is surpassing everyone’s expectations.” 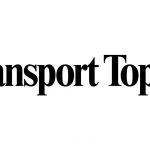