Alex heads EKA’S Transportation and Clean Tech practices. He is deeply experienced in the field, with nearly two decades of involvement at all levels of the public and private sectors. Most recently, Alex served as a senior executive with the Port of Long Beach, the fifth largest container port in the world. While acting as the port’s managing director of trade and operations, Alex helped shape and implement some of the most cutting-edge policy initiatives in the areas of international goods movement, regional transportation, infrastructure development and clean technology. His successful development of the clean trucks program, oversight of the middle harbor redevelopment project and the Long Beach oil tax ballot initiative were transformative. He regularly speaks before decision makers at all levels of federal government, including congress and the US Trade Representative on competitive issues like global trade forecasts, regional infrastructure projects and pending World Trade Organization matters.

A featured guest on CNN and Fox Business News, Alex’s insights on trade, international business and public policy have been sought after and featured in the Wall Street Journal, the Economist and the Los Angeles Times.

Prior to his career in public service, Alex practiced law as a senior associate at the firm of Flynn, Delich & Wise, specializing in international trade and maritime law. He holds a BA in political science from the University of Michigan and a JD from Loyola Law School. 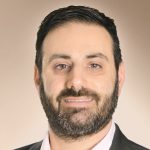 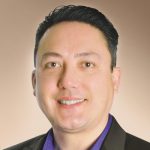