Englander Knabe & Allen partner Eric Rose was quoted in a Los Angeles Times article on a lawyer who submitted a speaker card containing “racist images” to Los Angeles City Council president Herb Wesson – and the lack of action on the part of the State Bar to punish the attorney in question:

The State Bar’s response infuriated one of the people who filed a complaint against Spindler: public affairs consultant Eric Rose. He contends the State Bar does not need formal criminal charges to determine that Spindler engaged in acts of “moral turpitude.”

Rose, who received the State Bar letter, argued that the state licensing agency “lets attorneys who exhibit what most people would view as unethical conduct off the hook.”

“In my view, [Spindler’s activities] are clearly acts of moral turpitude, and I’m surprised the State Bar doesn’t agree,” said Rose, a partner with Englander, Knabe & Allen, a firm that lobbies on behalf of clients at City Hall and elsewhere. 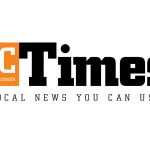