As a result, commuters traveling north on the 710 were forced to utilize local streets to reach their destinations. Several cities continued to be impacted by severe gridlock as commuters made their way through local arterials. EKA was retained by the Coalition formed by the affected cities to advocate and engage with relevant local agencies, officials and other organizations to pursue completion of the 710 freeway.

EKA worked with the Coalition to develop a public relations outreach plan that involved key agencies and stakeholders as well as labor and other organizations impacted by and/or involved with the issue. It was critical that we understood not only the perspective of local officials and agencies but also the sentiments of the local community. Through polling and research, we were able to identify geographic support for the Coalition’s position. Forming strategic alliances and engaging with and responding to media was also a key component of the Coalition’s efforts.

Through our program we were able to find local spokespeople who agreed to sign letters to the editor and who also agreed to comment at the public hearings. Coalition cities continue to work with local agencies to minimize gridlock and severe traffic in their neighborhoods. 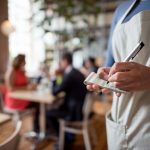