As the director of external affairs at Los Angeles World Airports (2011-2013), Celine had direct oversight of the community relations and air service development divisions. Before that Celine had several high-level roles in Mayor Antonio Villaraigosa’s administration (2003–2011), most notably as deputy mayor for Legislative and Intergovernmental Relations, where she was a member of the mayor’s executive team and had oversight of the mayor’s local, state and federal legislative agendas and city council relations. Celine also served as the Associate Director of the Mayor’s Office of Homeland Security and Public Safety. In addition, Celine served as a Legislative Aide in the Office of Assemblymember Martin Gallegos as well as a Field Director for the California Democratic Party Coordinated Campaign. 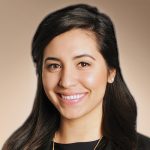